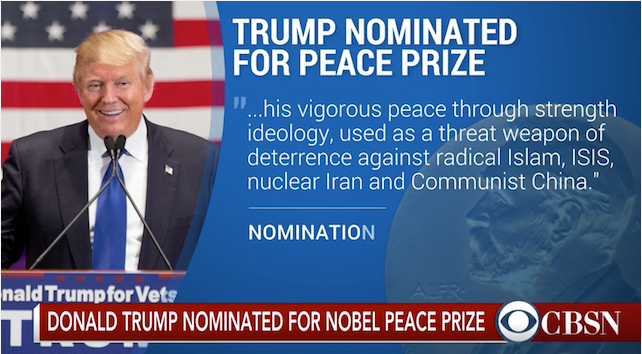 Absolutely not. This is where I draw the line. Personally, I think there is no way that Trump would be awarded that award.

Obama got the 2009 award and many debates, even today if it was justified.

Why are they saying Trump should get it?

Since North and South Korea shook hands and declared; that they had started the journey of peace and to denuclearise the Korean Peninsula, the Republicans are already hailing that Trump’s initial pressure and then quick U-turn gamble in accepting North Korea’s invitation was a remarkable albeit risky victory.

Trump hasn’t even met Kim yet, but Fox News is already repeating the words “De-Nuke”.

But he isn’t going to get a prize. Should the meeting happen; he will portray it as a success over the failings of his predecessors. A success which will help him in his campaign for re-election but no more than that.

What’s are the real reason Trump won’t get it.

Well, one possibility is that it would be a PR issue that they wouldn’t recover from. Just imagine. People boycotting the Nobel Prize because they awarded it to Trump. The prestige of the various parties involved in choosing Trump would be tarnished in the eyes of too many.

So will they take that risk?….No

The result is, of course, is that many people who support him display their outrage. 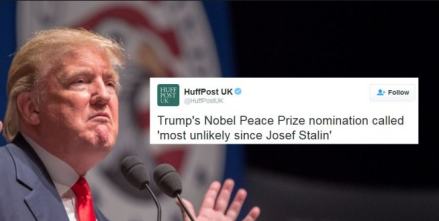 Societies are constantly becoming more polarised and divisive despite calls for co-operation. Due to this, I think that it’s safe to say that just like the USA, a lot of westernized countries will soon follow the same road and this will mean a sudden rise in conservatism.  I don’t think the wave will spill over into a hard right perspective but it will need to be watched and managed very carefully.

If the Democrats want to get back into the driver seat, then they are going to have to sit down and wait a bit. Trump will present a very difficult challenge in 2020 but after that will no longer be an issue. That’s their window.