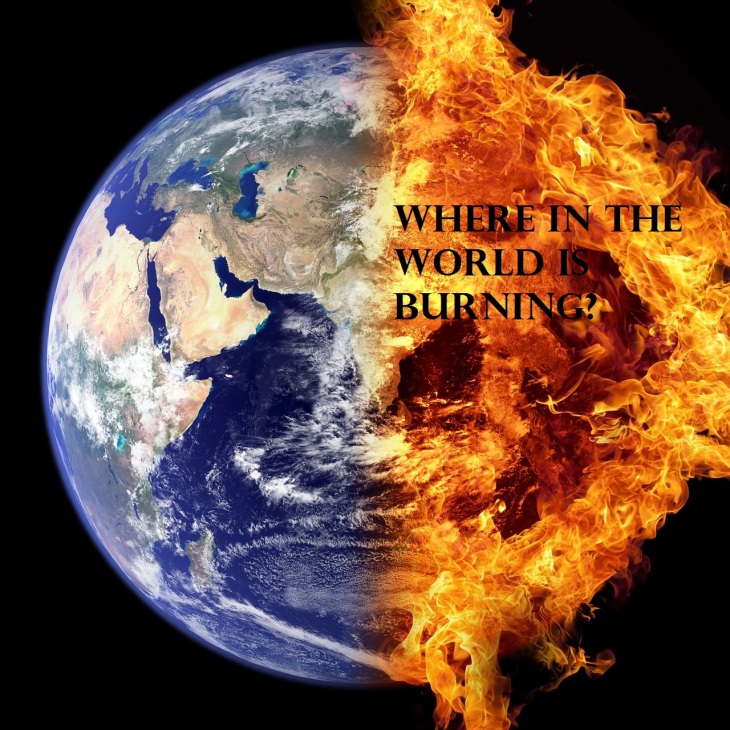 The Lion’s after the bear,

Pyongyang is playing with its train set,

and the eagle keeps kicking people out of the nest…

With the UK leading the charge against Russia, we kinda have to look around and understand what’s happening.

Theresa May warns Europe that Russia is a real Threat. Image Source

The recent collective expulsion of Russian intelligence officers from twenty-eight different countries is the biggest in history. Tensions continue to grow, as more and more diplomats keep getting sent home and lines of diplomacy have started to degrade.

Interestingly enough North Korea’s relationship with Beijing seems to have improved as the recent rumours of a North Korean train travelling within China; turned out to be true. Convenient? I dunno…

See here’s the thing… recently Trump accepted an invitation to meet with Kim Jong-un. Part of the agreement is that the North Koreans would work to denuclearise the Korean peninsula.

…the North Koreans were in Beijing. On an unofficial visit, but it is confirmed that they offered a pledge to denuclearise…

Many see this as a positive thing, but of course, you’ll still find some like Michael J Green who told ABC News :

it’s morally distasteful for the President of the United States to meet with the leader of a truly evil, Stalinist regime that is also a criminal enterprise.

The truth is that the above is proof, that many politicians push an agenda for the sake of a political game but I don’t they genuinely care about the people they represent. No one is going to dispute, that the North Korean dictator is considered to be one of the evilest people currently in power.

But the fact that even an extended hand of potentially better diplomatic ties is considered bad by Trump’s opponents, is practically sigh-worthy at this point.

The reason the Democrats are doing so badly is that instead of saying…it’s true, we don’t have a better idea… they continue to try and discredit everything without proper justification.

Don’t get me wrong, Trump gives the impression of someone who invited everyone to a party but isn’t the life of it.

He keeps firing members of staff(but apparently, he doesn’t do it himself), who then start painting a picture of what’s going on in the White House.

Donald Trump with now ex -VA Secretary David Shulkin who is the latest to the large growing list of those dismissed by the American President. Image Source

Many claims that Trump is like a bull in a china shop and with the rising tensions with Russia, Americans are quite uneasy with their leader. A small observation is that a spokeswoman for the American State Department, referred to the ex-Russian Spy and his Russian daughter as British Citizens; I don’t know about you but that was something that caught my eye.

If we start to refer to the Sergei Skripal as a British Citizen, it will certainly sound very different to the average individual. An ex-Russian spy being poisoned by Russia is something that some would describe as the usual M.O. for the Russians since the 70s. Calling him a British citizen shows me that the ball is shifting. I personally don’t think many people realise that, and we are only a few misunderstandings away from a someone like Trump to push things in the wrong direction.

I know what you’re thinking, oh there are plenty of safeguards against this sort of thing. The thing is that I feel like Trump is the little kid at the grown-ups party simply bouncing around till he gets real attention. It’s just that this little guy has a stockpile of nuclear weapons, is considered the leader of the free world and is a major superpower; sure what could go wrong.

And who is he backing up?

I have to be honest, I kinda feel bad for her. She got elected as prime minister because Cameron screwed up in the Brexit referendum, and she wasn’t even elected with a normal election. Currently holds an atrocious approval rating and she has to lead the UK out of the EU.

People need to get away from the sleight of hand being performed in front us and take off the wool that is covering our eyes and elect leaders that really do make a difference. And maybe we could ostracise those who have failed us, as a warning to any future politicians who want to take their country for a joy ride.

So that’s what has been going on, tune in next month for another parade of noteworthy gambles by the egomaniacs we call world leaders.