What is the EU saying?…

When asked about why he believes that negotiations will run-up to the very end of the deadline Josep Borrell had this to say: “Because in the European Union that’s the rule, the decision came in the last last minute“

Recently we asked the question  “Did Boris Johnson have a stroke of Genius or did he just gamble with the UK’s future in a high stakes game?”

Well after comments like these from EU politicians, it looks like Boris has (for better or worse)steamrolled ahead with his plan and this still has many people concerned.

The speculation is that the way things are moving, the idea was and still is, to let the pressure build enough to force each side to concede on some issues. Like this, they can both, in a desperate attempt to make a deal, concede on certain issues while winning others.

So where are we on the Brexit Deal?

Between the UK and EU is the negotiations table where the currently tabled deal is being adjusted; but what if Boris’s plan backfires and the UK’s negotiations team is forced to choose between conceding too much and no-deal?

Well believe it or not, but Boris and his team could still make him “look” like a hero if the UK suffers in its deal with the EU. How? 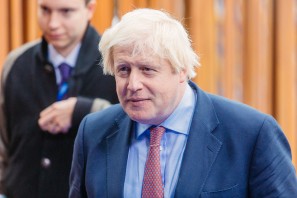 But back to Brexit, how close are they to a deal? Well, Sky News amongst others reported that “After 90 minutes of talks between Boris Johnson and Arlene Foster and Nigel Dodds of the Democratic Unionist Party, the DUP leaders left Downing Street tight-lipped.”

This suggests that some serious back and forth is going on between No10 and the DUP after Leo Varadkar and Michel Barnier leaned to a position that believed in achieving a deal. Now while many will be pleased that a deal could be happening, this could well be the beginning of the end.

Nicola Sturgeon has announced plans for another Scottish referendum to take place. This is after the recent announcement by Scotland’s Constitutional Relations Secretary Michael Russell that “There is a path open for Scotland to walk into EU membership. There are, of course, things to be done, there is a great deal of hard work, but it can be done, and that is the big issue.”

This complicates matters because Scotland still conducts the majority of

its trade within the UK: in 2014, Scotland’s exports totalled £76 billion, of which £48.5 billion (64%) was with constituent nations of the UK. So if Scotland takes independence and joins the single market, the UK could face a similar scenario to the current one taking place over the Irish Border.

Boris Johnson has already stated his opposition to a second Vote as he said, “I think we can cement and intensify the union”.

The final part of this puzzle is the planned protest for a “Final Say” referendum by the public. On the 19th of October, hundreds of thousands of people are expected to descend upon London in a protest to force the government to hold a second referendum. With over a hundred coaches booked to transport people to London, an increase in the number that was booked for the previous protest, on 23 March.

I think we can expect 2 outcomes,

Have your say, comment below and tell us what do you think will happen?