A Deal is on the table, but what happens if it fails?

29 days to Brexit and Boris Johnson has put forward a deal that is raising eyebrows. You could say that this deal forces the EU to choose between the people in Northern Ireland and their own pride.

“…It’s worse than Theresa May’s Deal. I can’t see it getting the support…..” 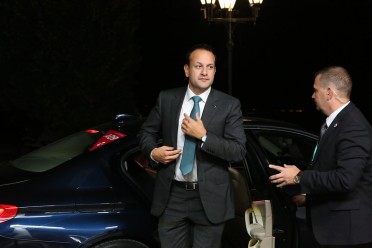 So while he avoids allegations of an affair, Boris Johnson is proposing two 2 separate checkpoints at a distance, either side of the border and the other being at sea. We all knew it would be a complex solution for the border between Northern Ireland and the Republic of Ireland. Chief Eu Negotiator, Michael Barnier said that while there was progress, a lot of work was still left to be done.

In an interview with Sky News, Jeremy Corbyn continued to explain that he believed it would lead to a lot of de-regulation and could even undermine the Good Friday Agreement.

The alternative is out.

Northern Ireland has seen tensions flare up as the country faces the hard border again, and talk of the New IRA is becoming a cause for alarm. The assistant chief constable Barbara Gray, who heads up the counter-terrorism response unit for the Police Service of Northern Ireland (PSNI), recently told The Guardian :

“I think in the last few weeks, probably since the new cabinet, the new PM and his announcements [on the exit date] that ‘this is October 31, this is what we’re looking at’, I think generally you can almost feel a bit of anxiety rising across society.”

Gray added: “Anything that brings the border issue into question in Northern Ireland brings tension.”

Earlier this year, Journalist Lyra Mckee was murdered by activists of the New IRA during a riot she was reporting on. The New IRA gave the statement:

“On Thursday night, following an incursion on the Creggan by heavily armed British crown forces which provoked rioting, the IRA deployed our volunteers to engage. We have instructed our volunteers to take the utmost care in future when engaging the enemy, and put in place measures to help ensure this.

“In the course of attacking the enemy Lyra McKee was tragically killed while standing beside enemy forces. The IRA offer our full and sincere apologies to the partner, family and friends of Lyra McKee for her death.”

A certain choice of language used in the statement is cause for concern:

In 2014 Scotland held a referendum and asked it’s citizens:
“Should Scotland be an independent country?”

But since the Brexit result, this has been shifting. More and more people in Scotland are seeing the dangers of being outside of Europe and the damage it could leave on the Scottish Economy.

So is the Uk on the brink of collapse and isolation?