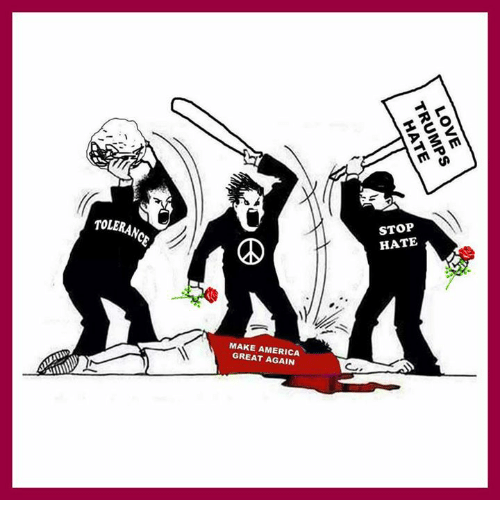 ​During the election, many voters were unsure what to make of it when certain people who are not liked by the USA actually said they liked Trump (like Vladimir putin). His supporters rejoiced and saying that this was a chance to build new relations. The reality is a lot more sinister. In a fight or a competition, everyone is looking to get the upper hand. Some will try a more legitimate ways and some will try dirty tactics. The most satisfying and entertaining option is actually neither of those things and actually requires no effort at all as it involves allowing your oponent destroy themselves. Don’t believe that? Look at what has been happening in less than a month of the inauguration. Riots, protests and people boycotting the president himself. What are the enemies of the USA doing? Probably laughing. But would you like to know who is really to blame for trump getting to where he is? NOPE its not the conservatives (wait for it)….. Its actually the extreme liberrals and SJWs (social justice warriors) that have caused this.
Let me explain…
Extreme liberals and SJW unknowingly act like fascists and bigots. Now before you loose your head if you feel that you are very liberal or an SJW, allow me to finish. The word bigot means that someone is intollerent of someone elses views or opinion. So when someone who is being a liberral slams conservatives with the word bigot and refuse to listem to the conservative’s perspective, they are actually being bigots themselves. In situations like this, what do the comservatives do ? They either band together for support or pretend to agree with the liberral. Then on voting day they can show their true colours, this is how Donald Trump won the election and people like Nigel Farage convinced people that the UK BREXIT was a good idea. but what about people who are republicans? Dont they hate SJWs too? Yes they do and that is exactly why there are liberals within government but never a liberal government.
My final point is simple – free speech is becoming something that only hard core SJW are allowed to use and that is dangerous as it could push people from being conservative to hard right.